Pacific Film Foundation is developing a limited documentary series, Female and Finally Free featuring eight women from across the world who have overcome gut-wrenching, heartbreaking hurdles.

From being bullied to developing eating disorders and facing prison sentence, these women have seen the worst of humanity and yet, are today celebrating their hard-earned freedom.

At Pacific Film Foundation, a 501(c)(3) non-profit based in Los Angeles, California, we aim to provide a platform to these women to tell their stories, and in the process inspire others to overcome the hurdles they face.

Support us to bring these stories one step closer to being told to the world.

We founded Pacific Film Foundation in 2004 to make important documentary films about scientific breakthroughs, social justice, and civil rights. With the help of our Oscar-winning Story Consultant, Mark Jonathan Harris, we have made
​​​​​​​several films, including the three reviewed below.

Our evolution continues as we focus on helping to fulfill the United Nations Sustainable Development Goals.

For Goal #5 - Gender Equality, we are dedicated to the limited documentary series Female and Finally Free.

Reviews of our documentaries. 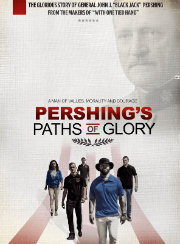 
“This movie dramatically illuminates the legendary icon of World War One - General John J. “Black Jack” Pershing. It shows why the General has been honored for over a century as a visionary leader. The film recounts the adversity he suffered through and tells of the great love he had for his soldiers, especially the Black troops he led three times – the Buffalo Soldiers.  And the 500,000+ immigrants who joined the American Expeditionary Forces to fight for liberty in France. If there ever was a soldiers’ soldier, it had to be General Pershing. He was brilliant but he also had “Street Smarts.” I love that these young cadets are the ones telling his story, so that succeeding generations will know about his courage, dedication, and integrity.”' 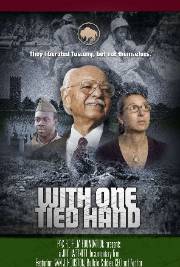 WITH ONE TIED HAND

“This is brilliant. Really brilliant.  I cried.  Several times!!  Thank you for capturing this piece of history before it is gone. You did a fantastic job of finding so many subjects to support why the Buffalo Soldiers are still important in Italy (and why they should be honored here in America!!!). Angelo's recollections of being 5 and seeing these "angels open their arms"...giving him chocolate for the first time had me in tears again. Ivan J. Houston is an amazing subject - and to even see how his ancestors fought in previous American wars!  He is so well spoken.  Loved the scenes of he and fellow Buffalo Soldier Andy Pollard in the diner.  Loved seeing him finally enter the gates of Lucca!  I cried seeing him finally appreciated for all he risked.  So impressed! Thanks for letting me see it.” 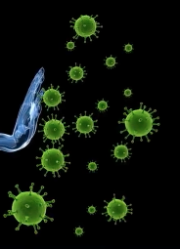 "Almost 20 years ago, I was approached by 3-time Oscar-winning director, Mark Jonathan Harris to be part of a documentary about a new immune-based therapy for glioblastoma that we were working on at the City of Hope. We were genetically modifying human T-cells outside the body and then reinfusing them to fight brain cancer. The film, A Delicate Balance holds up very well today. Gene therapy has come a long way. Two new RNA-based vaccines for the ongoing pandemic (Pfizer/BioNTech and Moderna) are a type of gene therapy that works inside the body to activate the immune system to fight COVID-19."

PFF is collaborating with She TV Media

She TV Media is a female-owned, full-service video and virtual event production company focused on telling empowering, positive, and impactful stories through high-quality video. They will bring an all-female crew to Female and Finally Free.

HELP OUR CAUSE
Your support and contributions will enable us to meet our goals and improve conditions.
Your generous donation will fund our mission.
{"js":"PGEgaHJlZj0iI1hLV0JLUUpVIiBzdHlsZT0iZGlzcGxheTogbm9uZSI+PC9hPg==","embed":"PGEgaHJlZj0iI1hLV0JLUUpVIiBzdHlsZT0iZGlzcGxheTogbm9uZSI+PC9hPg=="}
{"js":"","embed":"PGEgaHJlZj0iaHR0cHM6Ly93d3cuZ3VpZGVzdGFyLm9yZy9wcm9maWxlLzU3LTExNzUzNDEiIHRhcmdldD0iX2JsYW5rIj48aW1nIHNyYz0iaHR0cHM6Ly93aWRnZXRzLmd1aWRlc3Rhci5vcmcvZ3hpbWFnZTI/bz03ODc2ODY4Jmw9djQiIC8+PC9hPg=="}